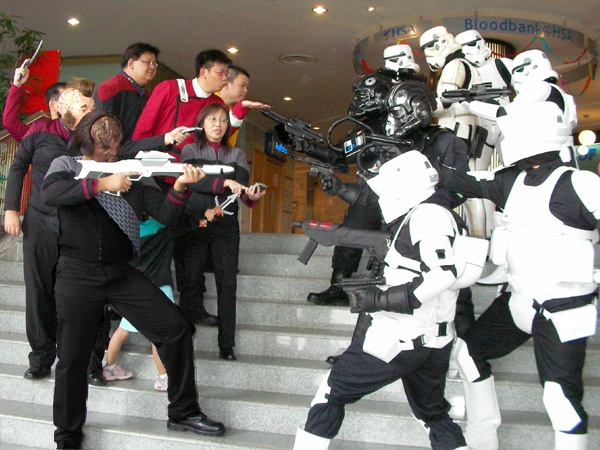 Our church staff is learning about the Enneagram, a tool that helps people understand the motivations behind their actions. We learned that some people's desire to be well thought of by others leads them to present themselves very differently depending upon the group they're in. It could be scary if two of their friend groups met, because they couldn't meet both group's expectations. The Bible gives us two stories of people that changed themselves for those around them and some clues as to when it's spiritually healthy to do that and when it's not.

In the book of Genesis, we meet two siblings, Jacob and Esau. Their father lives in a culture that favors the eldest son, and he continues the tradition by favoring Esau and planning to give him a special blessing. Their mother favors Jacob and convinces him to pretend to be his older brother and trick her poorly-sighted husband into giving Jacob the blessing.

In the New Testament, 1 Corinthians 9:19-23 relates these words of the apostle, Paul:

Christians generally consider Jacob's behavior as something to avoid and Paul's as something to emulate. Drawing on these stories, here are two questions that might help discern when it's spiritually healthy to change how we present ourselves to others and when it's not:

Adapting to those around me in a spiritually healthy way means sharing part of me that will connect rather than inventing a new me, seeking to bless others rather than to manipulate them, and sharing the "full" me with everyone.

This Sunday at Access we'll look at how crafting an image for others shows up all around us and imagine what might ensue if we showed who we really are. Join us Sunday for "Picking Your Avatar," the next sermon in our series, Games We Play.