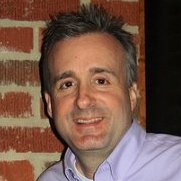 Rev. Dr. Wes Magruder, senior pastor of Kessler Park UMC, will share stories and pictures from his recent trip to the Greek Island of Lesbos.

This event is open to all women. A light supper will be served.

As an ordained elder in the UMC, Wes has served appointments in London, rural Texas, and the Dallas suburbs. He has also been a missionary appointed to Cameroon, West Africa, where he lived with his family for four years. Since returning to Dallas in 2008, Wes has been very involved in refugee resettlement work and currently serves as the President of the Board of Refugee Services of Texas.

Wes will be speaking about the plight of Syrian refugees, and sharing stories and pictures from a trip he made in January 2016 to the Greek island of Lesbos where refugees from Syria, Iraq and Afghanistan were fleeing in record numbers. His church has also helped resettle two different Syrian refugee families in the last nine months, and he will share that experience, too.